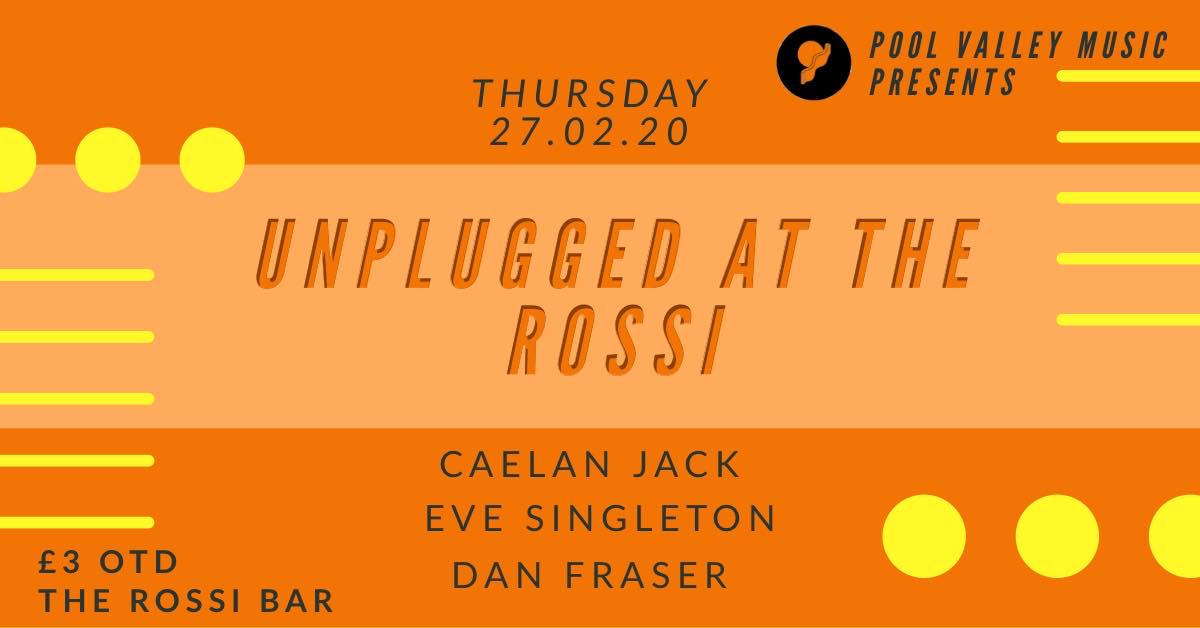 Soul vocals, acoustic guitar and a pop writing style identify Caelan Jack as an artist to listen out for.
Influenced by the likes of Lewis Capaldi and Dermott Kennedy, Caelan delivers power vocals on catchy hooks to get stuck in your head for days on end.

Eve Singleton is a multi-instrumentalist songwriter based in Brighton. Bringing beautiful harmonies and catchy melodies in her debut single ‘Loopy’. Eve has been featured on BBC radio as “One of the best young talents performing in the UK right now. I have not seen a single gig where she has not stopped an audience in their tracks and walked away with a sackful of new fans.”

Dan Fraser is a contemporary songwriter pop artist, taking influence from the likes of Troye Sivan and Sigrid. Dan released Something I Can’t Touch in early 2019, and received support and airplay from BBC, who went on to describe his writing as: ‘utterly charming, fiendishly catchy’.

Unplugged is a new acoustic/lo-fi night brought to you by Pool Valley spotlighting an array of artists from Brighton and beyond.